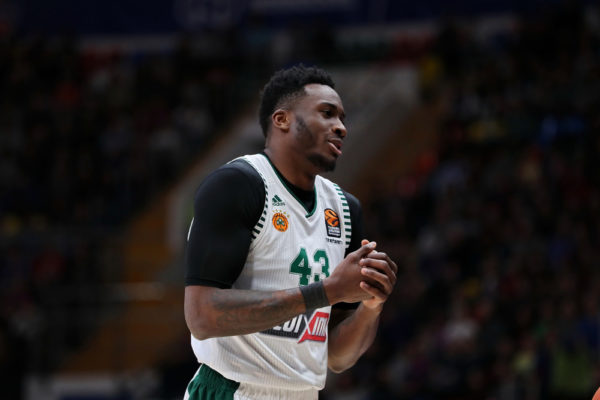 The Phoenix Suns took a 2-0 series lead in this year’s NBA Finals, but Giannis Antetokounmpo has stepped up for the Milwaukee Bucks as they look to get back into the series.

The Milwaukee Bucks took down the Phoenix Suns, 120-100, in game three of the NBA Finals on Sunday night. Superstar Giannis Antetokounmpo dropped 41 points, 13 rebounds and 6 assists on 14-23 shooting and 13-17 from the free throw line, reminding NBA fans that he is the best player in the series. The performance marked Giannis’ second-straight game in which he scored 40 or more points and grabbed 10 or more rebounds; joining Shaquille O’Neal as the only two players in history to ever accomplish such a feat in the NBA Finals.

How things panned out

The Suns entered the game holding a 2-0 series lead, with a chance to extend it to 3-0 with a road win in Milwaukee. They took game one in a wire-to-wire effort that saw veteran Chris Paul step up with 32 points and 9 assists on 12-19 shooting. Game two was much of the same except this time it was Devin Booker who led the team with 31 points including 7 three-pointers. Another win in game three would have all but sealed the deal for the Suns. Milwaukee needed a game three win, and it was going to require everything they could get from Antetokounmpo and his supporting cast. That is exactly what they got.

Antetokounmpo has faced criticism in these playoffs and throughout his career surrounding flaws in his game, particularly shooting the basketball. The 26-year-old struggled mightily from the free throw line in the second and third round of this year’s postseason, shooting 42.5% and 49.1% respectively. He has never been a good three-point shooter, currently sitting at 18.8% in the playoffs, including a first round that saw him go 1-16; just 3.6%.

The eighth year forward may never be a great three-point shooter as he continues to struggle in this series, but he has improved from the free throw line in The Finals. He sits at 66.0% from the charity stripe and knocked down 13 of his 17 attempts in the Bucks’ game three win. More importantly, Giannis has found a way to play to his strengths. Opposing defense know they would much rather force him into mid-range jump shots than allow him to attack the rim, and they base their defense around that by packing the paint. But the Bucks have found ways get Giannis into plenty of two-man action and pick-and-rolls to help free space up for him to work with. He has also done a great job of getting on the glass for second-chance opportunities, and of course pushing the pace in transition, allowing him to go to work in the open court; one of his biggest strengths. He can certainly take his man in nearly any one-on-one matchup as well, and if the help and recover defense is not sharp, he will punish you, either by getting to the rim for an easy dunk or kicking out to an open shooter.

Giannis Antetokounmpo’s flaws have not gone anywhere but he deserves a ton of credit for believing in his game and sticking to what works as the Bucks begin to shift momentum in this series.

Through three games he is putting up 34.3 points, 14.0 rebounds and 4.7 assists on 62.5% shooting; remarkable numbers for his first-ever NBA Finals appearance.

Who do you fancy to win the series?

As good as the young star has been, he needs his supporting cast to step up, and he finally got that in game three. Jrue Holiday nailed 5 threes on 10 attempts for 21 points and 9 assists while Khris Middleton added 18 to go with 7 boards and 6 assists. The Bucks will need Holiday and Middleton to continue to produce, in addition to Antetokounmpo’s excellent play, if they want any chance of winning this series.

Game four is set to take place on Wednesday night at 9:00 PM ET from Milwaukee where the Bucks will look to tie the series at two games apiece. ComeOn! Sportsbook has the Bucks at 1.47 to win that game while the Suns sit at 2.45.