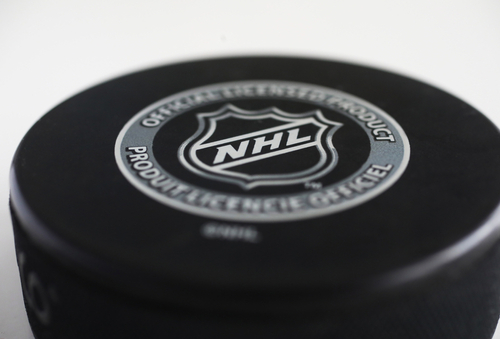 2021 NHL free agency is officially underway. Teams and players are now allowed to negotiate and sign contracts as of Wednesday’s 12:00 PM ET start.

With the Stanley Cup Final, the Seattle Kraken Expansion Draft and the NHL Draft now in the past, teams can now fine-tune their rosters in hopes of building a contender for next season, or the near future. Each team must stay under the $81.5 million salary cap; the same cap that was used for the previous NHL season.

The biggest deal made on day one of the NHL free agency was an agreement between 28-year-old defenseman Dougie Hamilton and the New Jersey Devils. The two sides settled on a seven-year, $63 million contract worth an average annual value of $9 million per season. The ninth-year Toronto product recorded 42 points for the Central Division-leading Carolina Hurricanes last year and becomes the league’s fourth-highest paid defenseman with his new contract.

Ovechkin, who turns 36 in September, has played all 16 of his NHL seasons with the Washington Capitals and is set to play the next five with the same club. The Russian winger is one of the game’s all-time great scorers, sitting at sixth all-time with 730 career NHL goals. Ovechkin will earn $47.5 million by the end of his deal.

Landeskog, similarly to Ovechkin, has played all ten of his NHL seasons with the same club: the Colorado Avalanche. He stays in Colorado on an eight-year deal worth $56 million. The Colorado captain was a key contributor to last season’s President’s Trophy-winning Avalanche team, recording 52 points in 54 regular season games.

Zach Hyman is heading West to join the Edmonton Oilers. The former Toronto Maple Leaf inked a seven-year deal worth an average annual value of $5.5 million. The 29-year-old scored 15 goals and recorded 18 assists in 43 games last season. Hyman spent all of his first six NHL seasons in Toronto.

The expansion Seattle Kraken have found their goalie, signing former Avalanche netminder Philip Grubauer to a six-year, $35.4 million contract. Grubauer was a finalist for this past season’s Vezina Trophy, an award given to the league’s best goaltender. He went 30-9-1 on the year and finished with a .922 save percentage and a 1.95 goals-against average.

Phillip Danault is heading to Los Angeles on a six-year $33-million deal. The Quebec native spent the last five and a half seasons with the Montreal Canadiens, helping the club reach the Stanley Cup Final in the team’s most previous playoff run. He recorded 24 points last season in 53 games.

Flames get Coleman from Tampa

Centerman Blake Coleman signed a six-year, $29.4-million contract with the Calgary Flames. The 29-year-old is coming off back-to-back Stanley Cups with the Tampa Bay Lightning. Coleman recorded 13 and 11 points respectively in those two title runs.

Among other notable deals signed on Wednesday were Tyson Barrie who stayed in Edmonton on a three-year deal, Petr Mrazek who is headed to Toronto for three seasons, David Savard who signed with Montreal for four years, and more.

Despite the large sum of the deals signed on day one of the NHL free agency, many unrestricted free agents remain on the board, including a number of difference-making players who can surely contribute to a contending team in the upcoming 2021-22 season. Long-time Bruins goalie Tuukka Rask has yet to sign a deal. Veteran forward David Krejci, who has also spent many years with the Bruins, is still on the board. Colorado’s Brandon Saad remains available, as well as Habs veteran Corey Perry.

Plenty of moves are yet to be made as the NHL enters what will be a very interesting offseason. A number of new factors will be at play from COVID-19 restrictions in Canada and the US, to a new organization to add to the mix. The upcoming season is set to begin on Tuesday, October 12th, 2021.