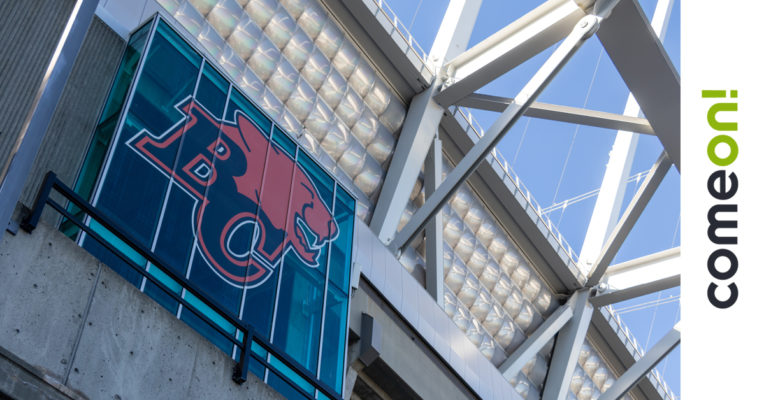 The BC Lions will play host to the Winnipeg Blue Bombers on Friday night as the Lions look to bounce back from a tough home loss to the Saskatchewan Roughriders last week. The contest will mark the second game of week nine action, after the Ottawa Redblacks got the better of the visiting Edmonton Elks on Tuesday.

Lions look to bounce back

The Lions entered last week riding a three-game winning streak that saw the team jump into a tie for second in the West with Saskatchewan. Things were looking good for BC when Shaq Cooper found the endzone with just under ten minutes remaining, giving the Lions a six-point edge. A Jalon Edwards-Cooper interception with just over three minutes remaining felt like the nail in the coffin for Saskatchewan but the Riders would quickly get the ball back, march the length of the field, and convert on a one-yard Cody Fajardo touchdown to take the lead with mere seconds remaining. A forced-fumble, recovery, and touchdown by the Riders on the next (and final) play would serve as the salt in the wound for a Lions team that played a sound game for 58 minutes in front of their home crowd.

Nonetheless, the Lions proved that they could play with one of the best teams in the CFL; a Riders squad that now sits at 5-2 and second overall in the league standings.

“I like our fight, I like our spirit. This is a tough one. This one hurts,” said Lions head coach Rick Campbell. “I think we can play with anyone in this league.”

Campbell’s words are justified given the way his team has played as of late, however even Saskatchewan fans will admit, Winnipeg is a different animal.

The Blue Bombers find themselves riding a league-best four-game winning streak and sit at the top of the CFL standings with a 6-1 record. Two of those four games came against their prairie rival Roughriders; a pair of games that were highly-anticipated by CFL fans not only because of the history between the teams, but because of the high level of talent. However, the Labour Day-Banjo Bowl back-to-back was disappointing, to be frank. The Bombers came into Regina and completely shut down the Riders’ offense, holding them to just eight points in a 23-8 victory at Mosaic Stadium. Not much changed the following week in Winnipeg when the Bombers came away with a 33-9 win, holding the Riders from scoring a single touchdown for a second-straight game.

Long story short, Winnipeg is good. So good that not even the second-best team in the CFL could compare in either match between the two clubs. However, despite the tough loss last week, the Lions have been quickly trending upward since their 1-2 start to the season. They will be fired up after last Friday’s events, and with another opportunity to play in front of their home fans, the Lions may be a worthy opponent for this dominant Bombers group.

Canadian running back Andrew Harris is having another great season for Winnipeg. The former Lion missed the first three games of the season due to injury but has rushed for 88.25 yards per game in four games since. Expect him to be ready to go in BC, against the franchise he spent the first six seasons of his career with.

On the other side, keep an eye on 29-year-old wide receiver Lucky Whitehead. Also suiting up against his former team, Whitehead came up huge last weekend against Saskatchewan, finding himself on the receiving end of just about half of Michael Reilly’s passing yards. He finished with 6 catches, 111 yards and 2 touchdowns on the night. The electric playmaker sits at 665 receiving yards in seven games this season.

*All odds subject to change