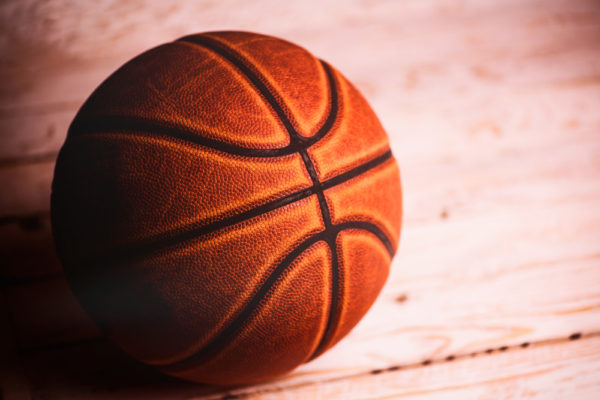 The NBA offseason is all but complete, with the draft and free agency in the rear-view mirror. Most NBA roster spots have been filled, with preseason and training camp cuts to come.

The NBA regular season win total over/unders have been set. Here is a look at the NBA East power rankings, as determined by betting odds:

The powerhouse Brooklyn Nets are expected to win the most games in the NBA this year. Already loaded with superstar talents Kevin Durant, James Harden and Kyrie Irving, the Nets added sharpshooter Patty Mills this offseason, who spent his last ten NBA season with the San Antonio Spurs. Make no mistake, the Nets are one of the most talented teams the NBA has ever seen. If their stars can stay on the floor, they should have no trouble hitting the over.

The defending NBA Champions are expected to have the second-best record in the NBA next season. The Milwaukee Bucks will bring back most of their championship core, including stars Giannis Antetokounmpo, Khris Middleton and Jrue Holiday. However, trade deadline acquisition and elite defender P.J. Tucker left for Miami after just half of a season with the Bucks. Expect the Bucks to be in the mix again, as they look to defend their title.

The Philadelphia 76ers, last season’s NBA Eastern Conference number one seed, lost out in the second round of last year’s playoffs, in disappointing fashion. They head into next season with uncertainty around Ben Simmons’ future with the team, as the 25-year-old guard has been a hot topic in trade rumors all summer. However, led by superstar center Joel Embiid, the 76ers should be a tough matchup in the East, regardless of how the Simmons situation is settled.

Acquiring Kyle Lowry from Toronto in early August, a guy who is 35 years old and with limited years of elite basketball left in him, the Miami Heat are all in on the 2021-22 season. Led by Jimmy Butler and Bam Adebayo, and now bringing in Lowry, Tucker and Markieff Morris, the Heat are going to be one of the most hard-nosed teams the NBA has seen in recent memory. It may take them a while to figure it out with a new roster, but this is not a team you are going to want to see in the playoffs.

The Atlanta Hawks were one of the big surprises of the 2020-21 NBA season, especially in the playoffs. Led by phenom Trae Young, the Hawks shocked everyone by advancing to the Eastern Conference Finals where they were able to take two games off the eventual champion Bucks. The entire young core is expected to return to the team for the new season, so with everyone a little bit stronger and a little bit more experienced, you can expect another good campaign for the Hawks in 2021-22.

The Boston Celtics had a busy offseason, bringing back former Celtics Al Horford and Enes Kanter, as well as adding guards Dennis Schroder and Josh Richardson. Kemba Walker and trade deadline acquisition Evan Fournier both departed for New York. Jayson Tatum continues to climb up the ranks and put himself closer and closer to the discussion surrounding the greatest players in the world. The Celtics are one of the most up-and-down teams in the NBA, but if they can get everyone on the same page, that 45.5-win total could easily be broken, or even shattered.

The Chicago Bulls made a couple of big splashes this offseason, bringing in guards DeMar DeRozan, Lonzo Ball and Alex Caruso. The Bulls acquired Nikola Vucevic in a mid-season trade last season to compliment Zach Lavine, but strangely the duo struggled to find success in a moderate Eastern Conference, missing the playoffs with a 31-41 record. With their new additions, the roster is intriguing but also tough to get a read on. They will be a team to keep and eye on, with potential to obliterate their 42.5-win total, but also a real possibility to fall well below it.

The Indiana Pacers head into the 2021-22 NBA season with a roster very familiar to what they had last season. First-year head coach Nate Bjorkgren was fired and replaced by Rick Carlisle. Myles Turner and Domantas Sabonis continue to be a fun frontcourt duo that will have the Pacers in the playoff mix once again.

The New York Knicks are coming off a pleasantly surprising run that found the team situated at fourth in the East at the end of last year. They went 41-31 in the shortened NBA season and added Walker and Fournier in free agency, but they are expected to hover around .500 and potentially miss the playoffs. For a team that was on pace to win 47 games in an 82-game season last year, ‘over 41.5’ feels like a sound bet.

The Charlotte Hornets lost Devonte Graham, Malik Monk, Bismack Biyombo and Cody Zeller this summer, and brought in Kelly Oubre, Mason Plumlee and 11th overall pick James Bouknight. Gordon Hayward and Terry Rozier give them some offensive fire power but the Hornets’ already-lacking depth has taken a hit. They are expected to win 38.5 games next year.

The Toronto Raptors are coming off their worst season in a long time. The team had made the playoffs seven years straight before last, but struggled mightily as a result of Covid-19, injuries and the team’s temporary move to Tampa. They did lose all-time great Kyle Lowry to Miami, but they were able to bring in a couple of high-ceiling athletes in Achiuwa and Scottie Barnes. With good health, the Raptors could surprise people and win much more than their 35.5-game over/under.

The Washington Wizards were involved the NBA’s biggest trade of the offseason, sending Russell Westbrook and two second-round picks to the Lakers in exchange for Kyle Kuzma, Kentavious Caldwell-Pope, Montrezl Harrell and the 22nd overall pick in the 2021 NBA Draft. Also bringing in former Net Spencer Dinwiddie, the Wizards were able to polish up their depth with the move, despite losing the explosiveness of Westbrook. It will be interesting to see how Bradley Beal adjusts to a more balanced roster.

The Cleveland Cavaliers will continue to develop their young core next season and build around guard Colin Sexton. The team brought in veteran guard Ricky Rubio to provide some leadership and third overall pick Evan Mobley will be an exciting addition to the young group.

The Detroit Pistons are coming off a tough campaign that saw them finish 20-52 on the year. NBA first overall draft pick Cade Cunningham will look to bring some new life to a franchise that has struggled to put a good team together for well over a decade.

The Orlando Magic traded away most of their talent for draft picks last season as they look forward to the future. The roster is thin, to be frank. Fifth overall pick Jalen Suggs is going to be a solid point guard in the NBA for years to come but right now, there simply is not enough talent around him to win basketball games.