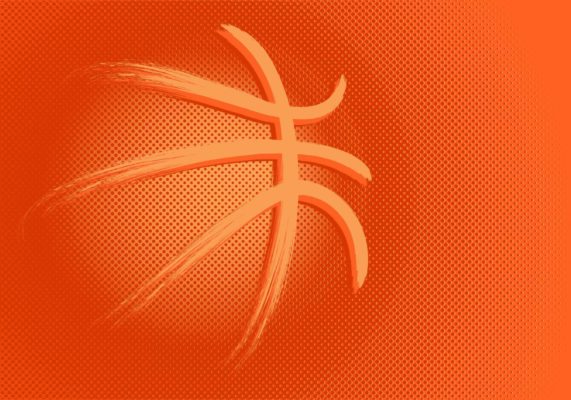 The NBA regular season win total over/unders have been set. Following another wild offseason, here is a look at the NBA West power rankings, as determined by betting odds.

The LA Lakers are all in on the 2021-22 NBA season. With the additions of veterans Russell Westbrook, Carmelo Anthony and Dwight Howard, and with LeBron James turning 37 years old this season, the team’s focus is clear. Barring injury, the Lakers will be right back to the top of the West and competing for a championship.

The defending NBA Western Conference champions are expected to finish tied for second in the West this season. With a returning core from their breakout 2020-21 campaign, Devin Booker, Chris Paul and DeAndre Ayton should have the Suns near the top of their conference once again.

The Utah Jazz are always a tough team to beat in the NBA’s regular season. They have struggled to get over the hump in the playoffs, but with Mike Conley returning on new contract, Donovan Mitchell and Rudy Gobert still around, and couple of nice offseason additions in Rudy Gay, Eric Paschall and Hassan Whiteside, the Jazz are not going anywhere. But can they make some real noise in the playoffs?

The Golden State Warriors are looking to make a big comeback this year. With Klay Thompson injured for the past two seasons, the roster has not been good enough to compete in a tough Western Conference. But with Thompson expected to return at some point during the season and veteran Andre Iguodala returning to the team after the Warriors traded him a year and a half ago, Golden State hopes to find that same magic that we have seen from them for the better part of the last decade. If everyone can stay healthy, there should be no reason why that cannot happen.

Dallas Mavericks fans were thrilled when Luka Doncic signed a five-year, $207 million extension this offseason. The Mavs were unable to make any other significant moves in free agency but keeping Doncic around means more winning and more NBA playoff basketball in Dallas for years to come.

With Jamal Murray expected to miss most of the season with an ACL injury, the Denver Nuggets’ win total will take a hit. However, come play time, if Murray cand find his rhythm with Nikola Jokic and the supporting cast, the Nuggets will have as a good of a chance as anyone to make it out of the West.

Similarly, to the Nuggets, the Los Angeles Clippers are built to contend in the West, but superstar Kawhi Leonard’s ACL injury will likely sideline him for the entire season. Paul George will hold down the fort and win the Clippers some games, but they will not be the same without Leonard.

The Portland Trail Blazers retained Norman Powell in free agency, solidifying their sharp-shooting, guard-heavy core of Powell, Damian Lillard and CJ McCollum. However, when the games really matter, the question remains of how this team will find a way to defend at a high-level, with consistency.

The Memphis Grizzlies acquired Steven Adams and Eric Bledsoe in exchange for Jonas Valanciunas this offseason, in a trade that involved a number of picks going both directions. Frankly it was a puzzling move, trading away Valanciunas who played well last season, is still less than 30 years of age, and fits well with young star Ja Morant. Expect the Grizz to be in a similar position to last season, fighting for an NBA playoff spot.

The New Orleans Pelicans failed to do anything significant this offseason, despite their efforts to add some talent to support Zion Williamson. Bringing in Valanciunas will help but missing out on a guy like Kyle Lowry will hurt, especially with Lonzo Ball departing for Chicago.

First round NBA draft pick Davion Mitchell will add to the Sacramento King’s young guard core of De’Aaron Fox and Tyrese Haliburton. They will be fast and fun, but it is still hard to see them making a serious playoff push in the West.

The Minnesota Timberwolves’ young core of Karl-Anthony Towns, D’Angelo Russell and Anthony Edwards have not seen much time on the floor together. Hopefully that will change this season and give Wolves fans something to be excited about.

The San Antonio Spurs lost DeMar DeRozan, Patty Mills and Gay this offseason. Their focus shifts to building around guard Dejounte Murray in what will be a rebuilding year for the franchise.

It is Jalen Green season in Houston. The Rockets landed the potential superstar with the second overall pick in this summer’s NBA draft. The natural and versatile scorer will have the keys to the franchise from the jump. Green and the Rockets will be fun to keep an eye on, but they will not win many games this season.

Shai Gilgeous-Alexander remains one of the NBA’s premier young talents. Shai and fellow Canadian Luguentz Dort are a couple of excellent two-way players for the OKC Thunder to build around. All it will take is for a couple of the Thunder’s new draft picks to have a promising year and the future in Oklahoma City will be looking bright.