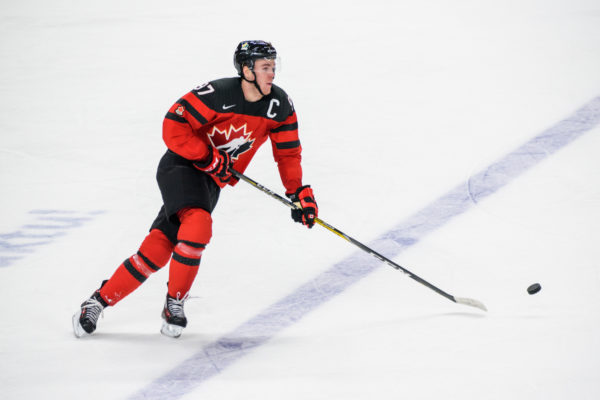 NHL players will participate in the 2022 Beijing Winter Olympics this coming February.

The National Hockey League and NHL Players Association made an announcement late Friday morning, outlining an agreement with the International Ice Hockey Federation. The statement confirmed that there will be a break in the 2021-22 NHL regular season schedule, allowing NHL players to travel to Tokyo and take part in the Beijing Olympics.

It was also stated that the agreement will allow for a possible withdrawal, in preparation of a potential change in circumstances with the ongoing COVID-19 pandemic.

The 2022 Olympics will mark the first since Sochi 2014 that NHL players will be permitted to participate. The NHL and International Olympic Committee were unable to come to an agreement in 2018 as the players missed the PyeongChang games. NHL players also missed out in 1988, 1992 and 1994.

NHL Deputy Commissioner Bill Daly spoke about the agreement between the three parties.

“We understand how passionately NHL players feel about representing and competing for their countries,” he said. “We are very pleased that we were able to conclude arrangements that will allow them to resume best-on-best competition on the Olympic stage.”

The break will begin on February 3rd and end extend until the 22nd of 2022 and will allow for NHL All-Star Weekend to take place in Las Vegas before players travel to Beijing. The gold medal game is expected to be played on February 20th.

Comments from around the NHL

Superstar Edmonton Oilers center Connor McDavid has never participated in an Olympic games and expressed his excitement after hearing the news.

“I think for any Canadian kid growing up playing the game you want to play in the NHL, you want to win a Stanley Cup and right there next on the list is representing your country at the Olympics and winning a gold medal.”

Tampa Bay Lightning defenseman and Stanley Cup champion Victor Hedman will not be taking the opportunity for granted.

“The Olympics is one of the biggest dreams of mine and I haven’t been able to participate in one — this might be the last chance I get,” said the 30-year-old Sweden native. “When you get an opportunity to represent your country on the biggest stage, it is one of those things that you’ll probably never forget, so yeah for me it is obviously something that I’ve been dreaming about my whole life and something I want to do before I hang up my skates.”

Restrictions around COVID-19 will likely make things much different from previous Olympics for athletes and team personnel.

“I don’t think there’ll be anything there that we haven’t seen before,” said Canadian head coach Jon Cooper, referring to potential virus restrictions. “I do take comfort in the fact that we’ve been through all these different situations.”

The 12-team tournament will feature three groups of four who will each play out a round-robin-style schedule. All participating teams will be re-ranked one through 12, with the top four advancing and the remaining eight playing an additional qualifying game. This will leave eight teams for a standard one-game knockout playoff bracket.

Canada has been placed in Group A along with the United States, Germany and China; guaranteeing that the rivalling Canadians and Americans will face each other at least once during the tournament.

Notable players that are expected to make the trip to Beijing to represent the Canadians are McDavid and Cole Harbour, Nova Scotia natives Sidney Crosby and Nathan MacKinnon. Fans will be delighted to watch the three world-class talents share the ice together for Team Canada.