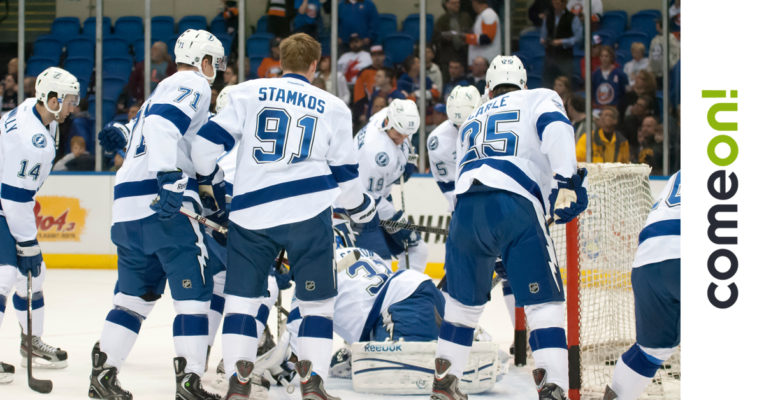 NHL hockey is back. After more than two weeks of preseason action, the NHL regular season is officially set to begin on Tuesday night. The 2021-22 season will follow a full 82-game schedule for the first time since 2018-19.

The defending Stanley Cup Champion Tampa Bay Lightning will host the Pittsburgh Penguins at 7:30 pm ET in the first game of the season. The Seattle Kraken will then take part in their first-ever regular season game as they pay a visit to the Vegas Golden Knights at 10:15 pm ET.

Tampa Bay comes into the new NHL season as Stanley Cup Champions for the second-consecutive year; the first team to win back-to-back cups since, you guessed it, the Pittsburgh Penguins in 2016 and 2017.

However the Penguins have not had such luck since. Their 2021 campaign ended with a disappointing first round exit at the hands of the lower-seeded New York Islanders. They have won just one playoff series since their 2017 title.

Stars Sidney Crosby and Evgeni Malkin will not be available for Pittsburgh in the NHL season opener. Crosby continues to recover from wrist surgery, but is not expected to miss an extended period of time.

“I won’t be in unfortunately,” Crosby said. “But … getting better, getting closer. Hopefully soon.”

Malkin, recovering from knee surgery, is expected to miss at least two months.

The Lightning are listed as 1.5-goal favorites.

Bolts star Steven Stamkos is listed as the most-likely player to score a goal, at 2.45, with Nikita Kucherov and Brayden Point tied for a close second (2.80).

For Pittsburgh, Bryan Rust is set at 3.35 to score, while Jeff Carter would return bettors their wager times 3.80 if he scores.

The long-awaited debut of the NHL’s newest expansion team has arrived. Seattle’s first game will come against the NHL’s second-most recent expansion team from four years ago: the Golden Knights. If the Kraken can have anything close to as much success as Vegas did that year, fans in Seattle will be ecstatic.

Vegas’ 2021 season ended just two games shy of their second-ever Stanley Cup Final appearance. The Golden Knights have now come up one series short of hockey’s biggest stage two years in a row. They will begin their quest to get back to the cup final for the first time since 2018; the franchise’s inaugural season.

The Golden Knights are listed as heavy favorites over the Kraken, projected to win by 1.5-goals.

Jordan Eberle (4.20) and Jaden Schwartz (5.00) are listed as the most-likely players to find the back of the net for the Kraken.

Ten more teams will be in action on Wednesday, including Canadiens-Maple Leafs from Toronto, and Canucks-Oilers from Edmonton.