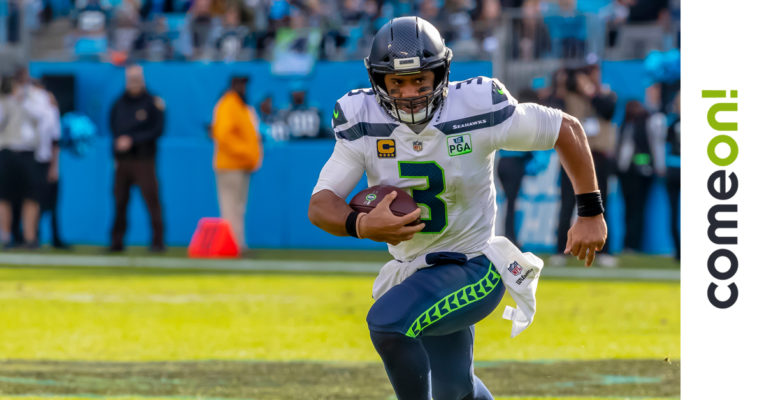 The Seattle Seahawks are set to host the Los Angeles Rams from Lumen Field on Thursday night. The interdivisional matchup will mark the first meeting between the two teams since last year’s playoffs when the Rams came into Seattle and stunned the Seahawks with a convincing 30-20 victory.

The Seahawks still have a bitter taste in their mouth nearly nine months after they lost that game, but Seattle quarterback Russell Wilson is trying to focus on this year, this team and this game.

“The playoff game, we didn’t play clean across the board,” said Wilson. “My biggest thing is just finding a way to win the game. That’s always my thing. We had a chance there, they ended up scoring late and then the game got away from us. It’s all about this year, this opportunity and what we can do.”

The hosting Seahawks come into week five fresh off an impressive 28-21 road win over their other divisional rival San Francisco 49ers. Seattle improved to 2-2 on the season with the win and will look to get over .500 this week against LA. Seattle is set at 2.20 to win tonight’s game.

Rams look to bounce back after first loss of the season

The Rams suffered their first loss of the season last week to the undefeated Arizona Cardinals, another division rival, by a score of 37-20 on the road. They did start the season on a three-game winning streak and will look to improve to 4-1 with a bounce-back win tonight. They are listed at 1.74 to get it done.

All eyes will be on the quarterbacks in this one. Wilson and Rams QB Matthew Stafford have both had phenomenal 2021 campaigns thus far.

In four games this season, Wilson has put up 1044 yards, 9 touchdowns, 0 interceptions, a 72.5% completion rate and an exceptional 129.9 passer rating.

In his first season with his new team, Stafford has thrown for 1222 yards in his first four games to go with 11 touchdowns, 2 interceptions, a 68.1% completion rate and an almost equally impressive 117.6 passer rating.

After racking up a combined 278 receiving yards in his first two games of the season, Tyler Lockett has gone cold, recording just 55 yards in his last two games combined. It has been all or nothing with Lockett so far this year. Will his struggles continue or will he bounce back against the Rams?

After averaging a modest 4.2 yards per carry through his first two games this season, Darrell Henderson Jr.’s 89 yards on 14 carries (6.4 yards per carry) last week were one of LA’s limited bright spots in last week’s loss to Arizona. What does Henderson Jr. have in store this week?

A Seattle win would knot these two teams up in a tie for second in the NFC West, each with a 3-2 record. A Rams win, however, would give LA a two-game edge for second place and allow them to keep pace with the league-best and division leading Cardinals. Kickoff is set for 8:20 pm Eastern, from Seattle.