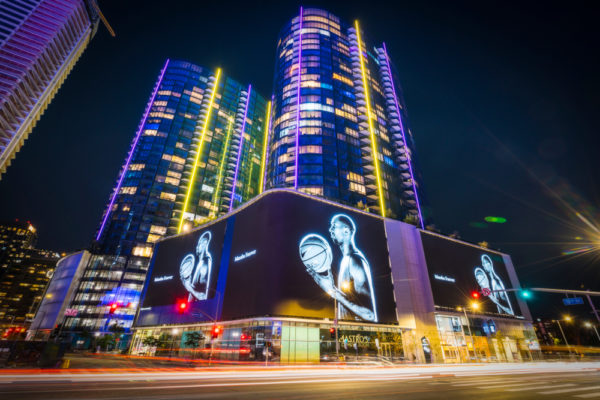 The LA Lakers officially introduced Russell Westbrook to the team on Tuesday afternoon. The Long Beach, California-native was acquired by the Washington Wizards in a trade first reported by Shams Charania in late July.

The Lakers acquired 2024 and 2028 second round picks in addition to Westbrook, and sent Kyle Kuzma, Montrezl Harrell, Kentavious Caldwell-Pope, and the 22nd overall pick in the 2021 NBA Draft to Washington in the deal.

Russell Westbrook excited to play for his hometown

Westbrook, who grew up in the L.A. area, described the feeling as “surreal” when he was asked about playing for his hometown team.

“I think it still hasn’t kind of hit me yet that — being from LA, growing up not too far from here, being able to watch the (championship) parades, trying to miss school to try to go to them, being a Laker fan and being from L.A., now everything is coming full circle for me. It’s a blessing.

You know it’s a lot of things I can’t put into actual words just because some of these dreams don’t come true for people like myself. I’m truly blessed and thankful for this opportunity and I can’t wait to get started.”

The big three, including Russell Westbrook

The LA Lakers head into next season with a star-studded core of LeBron James, Anthony Davis and Russell Westbrook; a core loaded with talent, but also one that would not be described as young, by any means. James, 36, is heading into his 19th NBA season, but remains one of the league’s top talents, having averaged 25.0 points, 7.7 rebounds and 7.8 assists per game last season on 51.3% shooting.

He did miss extended time due to injury, something that has been a rarity in his long career. Davis, 28, is a bit younger than James, but is also a player that has battled countless injuries throughout his career.

He has only played more than 68 games just twice in his nine years in the league and played just 36 last season. But if he can stay healthy, his on-court ability is never in question. This is a guy who put up 26.1 points, 9.3 rebounds, 3.2 assists and 2.3 blocks per game just one season ago, in a championship-winning campaign.

Westbrook, who will turn 33 in November, joins the Lakers coming off his 13th NBA season. He played the first eleven with the Oklahoma City Thunder before he was traded to the Houston Rockets for one season. He was then traded to the Wizards for one season, before finally being acquired by the LA Lakers this summer. Westbrook has had an incredibly unique career.

He has put up some of the craziest numbers in NBA history yet has struggled to contribute to a championship-contending team. The 6’3” point guard routinely averages a triple-double, something that has only been done once by any other player in NBA history.

He has done it four out of the last five seasons, one of which he put up 31.6 points per game in addition to 10.7 rebounds and 10.4 assists; absolutely monstrous numbers. He is also a nine-time NBA All-Star, two-time scoring champion, three-time assist leader and the 2016-17 league MVP.

Russell Westbrook, Lakers have one goal in mind

However, while Westbrook’s numbers and list of accomplishments are beyond impressive, he has never won an NBA title and has only ever played in just one NBA Finals. Alongside guys like James and Davis, the goal for LA Lakers next season is clear. This team is in search of a championship and will be satisfied by nothing but that.

Westbrook, a player that has faced plenty of backlash in his career over attitude problems, is looking forward to next season with a level head, and with a heavy focus on his teammates.

“I’ve been blessed to be able to go into my 14th season and each year I try to find ways to be able to uplift and make my teammates better around me,” he said. “AD and Bron are friends of mine first. And me being a teammate, my job is to come in and uplift and they’ll do the same with me, vice versa.