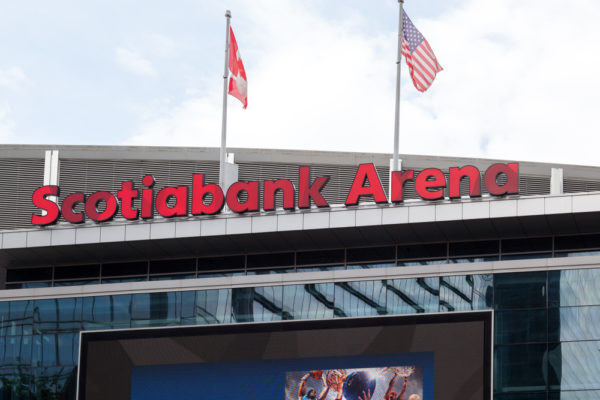 As was first reported by Adrian Wojnarowski of ESPN on August 5th, Masai Ujiri has signed a multi-year contract with the Toronto Raptors, making him vice chairman and president of the organization. While the full terms of the contract are unknown, Sportsnet’s Michael Grange suggests the deal is believed to be in the $15 million per year range.

Ujiri has been with the organization since 2013, taking part in the greatest era in Raptors history. As general manager and team president, he has taken on a few different roles within the club. However, his contributions are widely recognized as vital to the success of recent Raptors teams. His team has made seven playoffs since his arrival, two conference finals, and of course, won an NBA championship in 2019. He has been apart of not only the best on-the-court years in franchise history, but also the best years from a big-picture perspective. Since his arrival, the Raptors organization has become one that is well-respected and well-known around the NBA and the world.

Ujiri and the Raptors held a press conference on Wednesday, to officially announce an agreement between the two parties. The new vice chairman was asked how long the deal was for and while he did not give a straight answer, he made his commitment to the franchise very clear.

“Forever,” Ujiri joked. “Put pressure on Larry [Tanenbaum], here. Forever, man. Forever. No, honestly, I’m not going to put out things there. I’m home, man. This is it. We’re going to try to win the best way that we can. It’s a commitment. I’ve always said that when you make that commitment, you make that commitment. That’s what I said eight years ago. I think we honoured it as a family. And that’s what we intend to do always.”

The Raptors sit in a position much different from what they have gotten used to in recent seasons. For nearly the entirety of Ujiri’s tenure, the Raptors have gone into each season with an expectation to finish near the top of the Eastern Conference, with a core of Kyle Lowry and another star – whether it was DeMar DeRozan, Kawhi Leonard or Pascal Siakam.

With the departure of Lowry, the greatest player in franchise history, who was sent to Miami in an offseason trade, the Raptors do not seem to be built to contend like they have in recent seasons. Siakam is expected to miss the start of the season after undergoing shoulder surgery in June, and the team is coming off a down year that saw them miss the playoffs for the first time since 2013. Injuries, COVID-19 and the team’s temporary moved to Tampa all played a part in those struggles, but it remains difficult to gauge how much. Ujiri is tasked with a compelling job to first figure this young team out, and then decide what it needs to transform the roster into one that can one day compete for a title. However, despite the complexity of the situation, the Raptors president made his vision for the team clear.

“We’re going to develop these players and we’re going to find a way to win (another) championship here,” he said. “We’re not going to sit here and cry that players don’t want to come here.” Ujiri added, speaking to the narrative about star players being unwilling to play in Toronto. “That’s not what we’re about. I think we’ve gotten past that.”

Following a series of offseason moves, the Raptors roster is all but set for the 2021-22 season. Barring further significant changes, the Raptors will go in with a core of Siakam, Fred Vanvleet and OG Anunoby. Newly-signed Gary Trent Jr, newcomers Precious Achiuwa and Goran Dragic, Montreal-natives Chris Boucher and Khem Birch, and rookie Scottie Barnes will likely round out the rotation; a roster with good depth and intriguing potential.

The Raptors’ over/under regular season win total is set at 35.5 games for the upcoming season. They are listed at 3.80 to make the playoffs, and 1.28 to miss them, after the play-in tournament is settled.